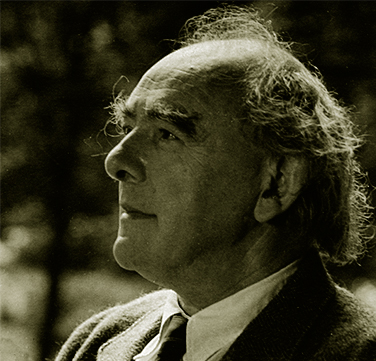 Vermeulen’s program notes for the premiere by the Concertgebouw Orchestra, conductor Eduard van Beinum, in the Amsterdam Concertgebouw on 5 July 1956:

The Second Symphony was composed in 1919-1920. For some three years people had been expecting a new day-break for a darkened world, which they are still hoping for. This symphony came into being as a result of the reflections which such expectations awaken in a mind harbouring great faith. Hence the sub-title of the composition: "Prélude à la nouvelle journée". It is a projection into the future without ever looking back. These conditions led to a musical action which develops in five consecutive episodes which, in turn, are active or meditative, like the normal transition from action to dream, and again from dream to action. These five episodes are made of various materials which, though ever different, are always in some way connected with the fundamental idea.
At the beginning of the symphony and above the clatter of clashing rhythms, there emerges in its clearest form the enterprising main-theme which is immediately elaborated, organised and consolidated to play its part both as the foundation and the pivot of the whole structure.
The spirit thus violently and emotionally stirred naturally in great surprise ponders on what has just happened; the astonishment changes into great fervour, expectancy and quiet, while his inmost being is rooted up by dull droning noises all around.
It stands to reason that renewed activities should burst forth in the third episode. To all appearances in a disorderly way, at first, like an improvised invocation by means of a freely undulating cantilene, in which directly recognizable elements of the main theme appear. Gradually the parts regain their interdependance upon the driving theme of the bass, which is also invocative of accent. With its own echo it resounds many times in succession, while its compelling call leads up to an increase in strength and passion, which, arrived at its culminating-point, abruptly ends.
The violence of the exorcism, of course, changes without delay to a different awareness, to a different train of thought. Its tone is now more full of longing, more full of emotion too. A series of songs, gradually approaching the greatest serenity, leads to a state of rest and clarity of vision.
There the fifth episode commences like a kind of quick farandole. Unintermittently progressing and ever varying it grows and blossoms out into a dithyramb, where action equals dream, both fulfilled and completed.