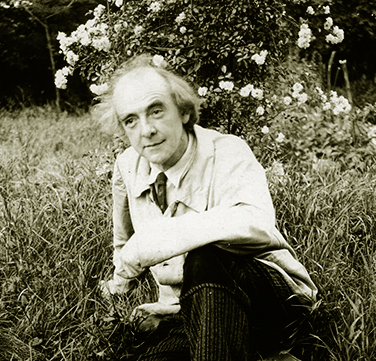 The Fifth Symphony marked a change of direction for Vermeulen, as he employed a composition technique that became more and more leading in his later work: the constant variation of melodic material. The first and second movement of the symphony are both built around a single theme of which elements are used in a succession of long, ever-renewing melodies. Vermeulen's reasoning behind this was the Greek philosophy panta rhei: everything flows and one cannot step twice in the same river.
Besides diversity and change, Vermeulen also tried to achieve organic unity. He obtained that unity by means of motivic relations between the themes of the movements. When one compares all five themes (the finale movement has three), the similarities become apparent. The themes also link the movements to each other. For example, the rising major sixth and the rising major seventh with which the Adagio opens form the beginning of a twelve-tone melody that can be heard four times in a row, with small rhythmic variations, as apotheosis of the third movement. According to the programme notes of the composer below, they confirm 'that a vision, conceived in the Adagio, can be realised'.
In his Fifth Symphony Vermeulen continues a practice that he started in his Fourth Symphony: he forms such long melodies that they need to be taken over by different instruments in a relay system, which requires special technical skills of the performers. However, the subtle, well-considered changes in timbre give Vermeulen's orchestration an extra dimension.