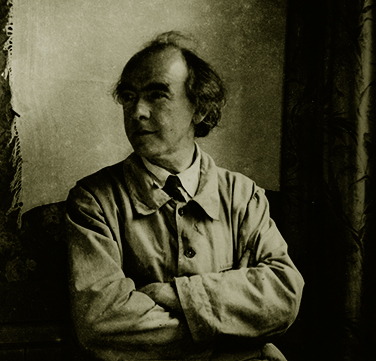 Matthijs Vermeulen emigrated to France in the summer of 1921. The Trio à cordes is the first work he made a start with after completing his Third Symphony. According to the date on the manuscript it was composed between 21 February and 22 August 1923. The String Trio is dedicated to Nadia Boulanger; the text written on the flyleaf of the manuscript that Vermeulen gave her reads: "A Nadia Boulanger tibi gratias". This manuscript stayed in her possession until her death in 1979, when it was returned to Vermeulen's widow. The composer had a copy made by a pupil of Boulanger at his disposal when he had the work documented by Donemus in 1952.
The String Trio is one of the works that Vermeulen would only hear being performed many years after it was composed; he did not attend its première which took place in The Hague under the auspices of the Nederlandse Vereniging voor Hedendaagse Muziek (Dutch Society for Contemporary Music) on 19 May 1931. Despite many attempts by Nadia Boulanger, who admired the work, the Trio was not played in France. Shortly after his sixty-fifth birthday, on 17 February 1953, Vermeulen was able to hear the work – after 30 years – performed by members of the Concertgebouw Orchestra (Jan Keessen, violin, Klaas Boon, viola and Reinier Bresser, cello).
In programme notes Vermeulen characterised the piece as follows: "The String Trio originated from the spectrum of feelings everybody has at the beginning of the year, when one first notices that the days are getting longer. These feelings are all based on an expectation of happiness, which one experiences with sudden endearment and astonishment. There is not a single bad feeling among them. All are lyrical. They branch off in many directions, sometimes in a contemplative mood, at other times active, and all the time as if a little in love. Each of them is realised in a melody that comes, goes, returns in a certain psychological order, and in various emotional degrees. At the end one briefly remembers the beginning, as one says to oneself after a dream: how was it again?"